The Ocean County Historical Society museum and offices are located in the historic Elizabeth Sculthorp Force House which was built in several stages, beginning in 1820.  The final phase of construction was an addition featuring the Richard L. Strickler Research Center completed in 1990. Click here to learn about the history of the Society, the mission of the Society, and Elizabeth Sculthorp Force.

The original building was constructed in stages between 1820 and 1867. Records indicate that this original section was built for either Garret Irons or his son, Garret Longstreet Irons. It was constructed at 131 Hooper Avenue, near the Ocean County Administration Building. It was located on the east side of Hooper Avenue, north of Washington Street. The one-and-a-half-story wood frame building consisted of a downstairs family multipurpose room and an upstairs sleeping loft. When the Society acquired the building in the early 1970s, the rooms were repurposed: the downstairs room was divided to create two rooms, a typical 19th century rural kitchen and an office; the upstairs room stores period clothing. 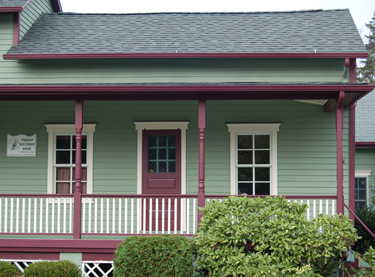 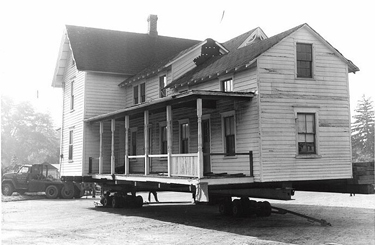 Two rooms – one on the first floor and another on the second floor – were added in the 1840s to provide the home’s residents with more space. The first-floor room is furnished as a vernacular Victorian dining room. The second-floor room is used to repair and store the Society’s collection of period clothing and other textile artifacts, such as quilts. Originally, it probably was used as a bedroom.

Samuel V. Pierson, an affluent schooner captain and merchant, purchased the house in 1867. He had a large two-story addition constructed, which included three bedrooms upstairs, an attic, two parlors downstairs, each with a fireplace, and a foyer with a grand staircase leading upstairs. The Pierson family sold the house in 1885 to Dr. Rem Lefferts Disbrow, a prominent local physician who later became an Ocean County freeholder in 1907. Willis Sculthorp and his wife Sophie bought the house for their growing family of seven daughters. The Society has furnished one of the bedrooms to replicate a school room similar to the many one-room schoolhouses that dotted Ocean County’s landscape for over 125 years.

For more than 50 years, several Sculthorp sisters lived in the house until they sold it in 1965 to the County of Ocean for much needed government office space. Within six years the County needed more space and decided to raze it, along with two other Victorian houses nearby on Hooper Avenue, in order to construct a modern-day three-story County Administration Building in their place. At this same time, the Ocean County Historical Society was seeking a building to house its growing archival and artifact collections stored in member homes and in a small room at the county courthouse. The County generously offered to sell the Sculthorp’s former house to the Society for $1 if a lot could be acquired and the house moved to the new location. Fortunately, the Birdsall family generously donated a lot on Hadley Avenue, about a block behind its old Hooper Avenue address. The Society raised $5,000 to move the house and reposition it on the donated lot. A finished basement was built and named for the Birdsall family. Since 1971, this house has been the Ocean County Historical Society’s museum. 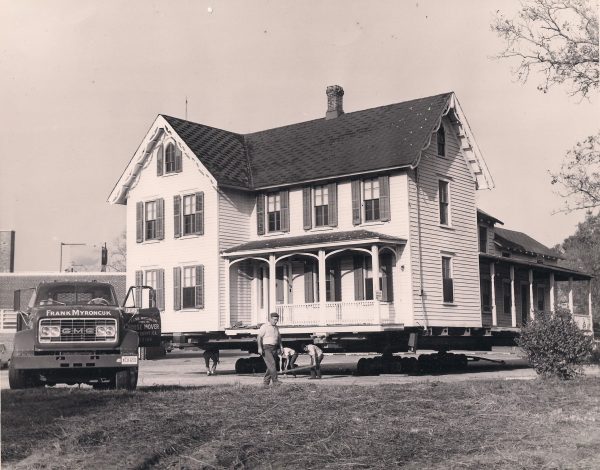 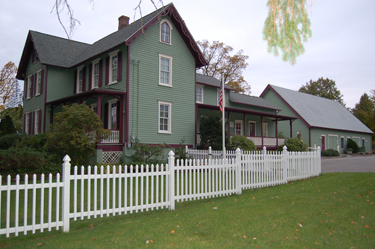 In 1991, the Society added a large two-story structure onto the rear of the house. A foyer with an entrance was included in the design which connected the two buildings. The new two-story structure had two large rooms downstairs, one for displaying Ocean County’s 19th century industries and a second large room, consisting of a library and research center. The space on the second floor was configured to store books, old municipal records, artwork, and newspapers as well as a variety of Native American artifacts. The well-maintained grounds surrounding the facilities include a colorful Victorian garden.

Browse our online bookstore for historical maps, audio/visual media, and books, such as "Shore Chronicles" and "Place Names of Ocean County" - just two of the many fascinating stories about Ocean County.
Shop Now